Transpersonal or mediumistic processes can explore inner geographies, travel the Spiritual Worlds and receive and read information from the holographic hyperspace. Hyperspace by its very nature encompasses our reality time-space and thus mediumship is capable to achieve correct predictions, spatially correct ‘remote viewing’, successful divination as well as a range of physical para-effects in the first place.

Successful transpersonal techniques were being used and when technology began to enter our worlds, it was tried with it to extend experimental possibilities and to improve its results.

The photographic camera represents one of these early achievements, which was making immediately the invisible more visible. It became an actual historical asset for para-research, used for spirit- and séance-room-, kirlian- and thought-, skoto- and crystal-photography, to name only some of the better known fields of application of the fast spreading technology.

And as in other mysticistic disciplines, spontaneous phenomena (e.g. the ‘photographic extras’) and contrarily ritual-ceremonial resp. experimental results (e.g. in thoughtography, or the so-called ‘spirit-photography’, which in most cases presuppose a special environment and preparation…!) were two sides of one coin!

Pure ‘crystallography’ is an informal exchange based on intuition and inspiration between medium and a crystal, classically a crystal sphere- to clairvoyantly or precognitively (looking into the future) receive vision. By means of perception altering techniques – again and again also utilizing psychoactive plants or substances – mediums ‘read’ from crystalline structures and from the distorted images inside glass- or crystal-balls the messages or received trans-knowledge…!

By the additional use of a camera and a special mirror effect on the resulting image, we provoke an additional cognitive stimulus, which is called ‘Pareidolia’. It usually results in an amplification of certain visual features that cause the brain to tend to see human faces in photographed shapes!

In the paranormally created ‘lapis lazuli fountain’ fragments (the ‘Atlantis stones’, see previous article) a multi-layered and fascinating visual holism is revealed. An (inter-)dimensional flood of images emerges, producing constantly changing virtual layers in front of the eye and in the brain, cascades of impressions that overlap and interpenetrate again and again and obviously depict non-terrestrial life.

Depending on what one focuses on – during the two- or three-dimensional viewing of the mirror crystal images – vortexes of alien beings and unknown environments arise for the viewer…! Until these find themselves again sometimes coherent and reveal themselves harmoniously and meaningfully arranged to the eye.

Then mediumistic images and information (ESP) flood in. And again Atlantis becomes tangible, from the words of the main spirit-communicator ‘Hans’ and through the photographed crystal visions from the 17 fragments of the so-called ‘Lapis Lazuli Fountain from Atlantis’ (see last blog article), which have penetrated through the Séance Room ceiling.

Once saved from sinking with the ‘continent of Atlantis’ (like many other of the installations of that time), the fabulous ‘fountain’ is today in the mystical ‘Shamballa’ in the possession of the Ascended Masters.

The realities discovered by us in the materialized crystal fragments and the information generated from them mediumistically we want to share with you today. Well knowing, in the high informal fluctuation of the photographs completely other realities could reveal themselves to a viewer – showing in a completely different order!

So what are we dealing with here? Perhaps only with fantastic, elusive poetry and prose about the crystal visions – or with constant mediumistical information?! In a multiverse as shown here, the dynamic and multiple ‘realities’ fluctuate in such a high degree that this is neither to be determined, nor plays a supporting role. The discovered realities find an existence-right anyway at least in the quantum entanglement of an observer in his inescapable individual observer moment!

Consequently, the following describes exclusively our mediumistic impressions which have become our justified reality on the basis of our unique mirror crystal moments. But they are only excerpts, versions of something completely inconceivably bigger!

May the readers elicit their own crystal realities from the hyperspace…! The pictorial material is available for a productive approach!

Atlantis research is faced with the question of why the supposed continent did not appear until many thousands of years later in Platons mention. Many historians and anthropologists consider it inconceivable that the ‘continent’ was not mentioned before. The answer is, Atlantis was not a continent, but a gigantic space-faring laboratory, a star-ship, maintained by an alliance of 20 extraterrestrial races, which operated habitats by planet-forming and carried out planetary evolution on all possible levels to ensure the most favorable environmental variables for existing life.

As a result, this planet-shaping enterprise intervened in and optimized almost every biological, geological, meterological, and physiological process. From the ship ‘Atlantis’, Earth-energetic connections were created – today’s ley lines – that spanned the entire planet and bound Atlantis accordingly. Via fantastic installations on the star-traveling science cruiser, but also at many energetic nodes around the world, the participating species gradually controlled, regulated and improved planetary processes and the biology of its inhabitants with their knowledge. They optimized over centuries the existing processes of the life quite generally and in the special!

The so-called lapis lazuli fountain was a high-technologized control unit intervening in the regional water supply, which regulated water flows and volumes in humans, animals and nature! Not on all continents a sufficient supply with groundwater could be ensured in such a way, as we know today.

After a long time of centuries on the earth’s surface the alien beings erased all knowledge, covered the traces of their influence and veiled so their presence and their deeds. At that time conflicts between the humanoid races present arose, and as a result the ship was uncontrollably sunk to an enormous depth at the bottom of the sea. It may still be there as part of a ‘planetary metabolism’ or may have something to do with the many UAP’s sighted above and in Earth’s oceans without our knowing. Its large areas lie on the seafloor under a gigantic layer of sediments, which have long since returned to a natural state and look and nothing reminds us of the star ship underneath. However, it is thinkable that secret passageways to it do still exist…!

The wisdom of the Moliko women

The female ‘Moliko’-beings are descended from a powerful and influential matriarchy from Sirius and are on the scene to make planetary femininity a biologically and existentially important influencing factor for all life. They are descendants from an ancient guild of a star confederacy and are initiated individuals who are knowledgeable about the nature of many dimensional realities.

They are clairvoyant and pre-cognitive beings and read others telepathically even before the latter have started to communicate with them…! 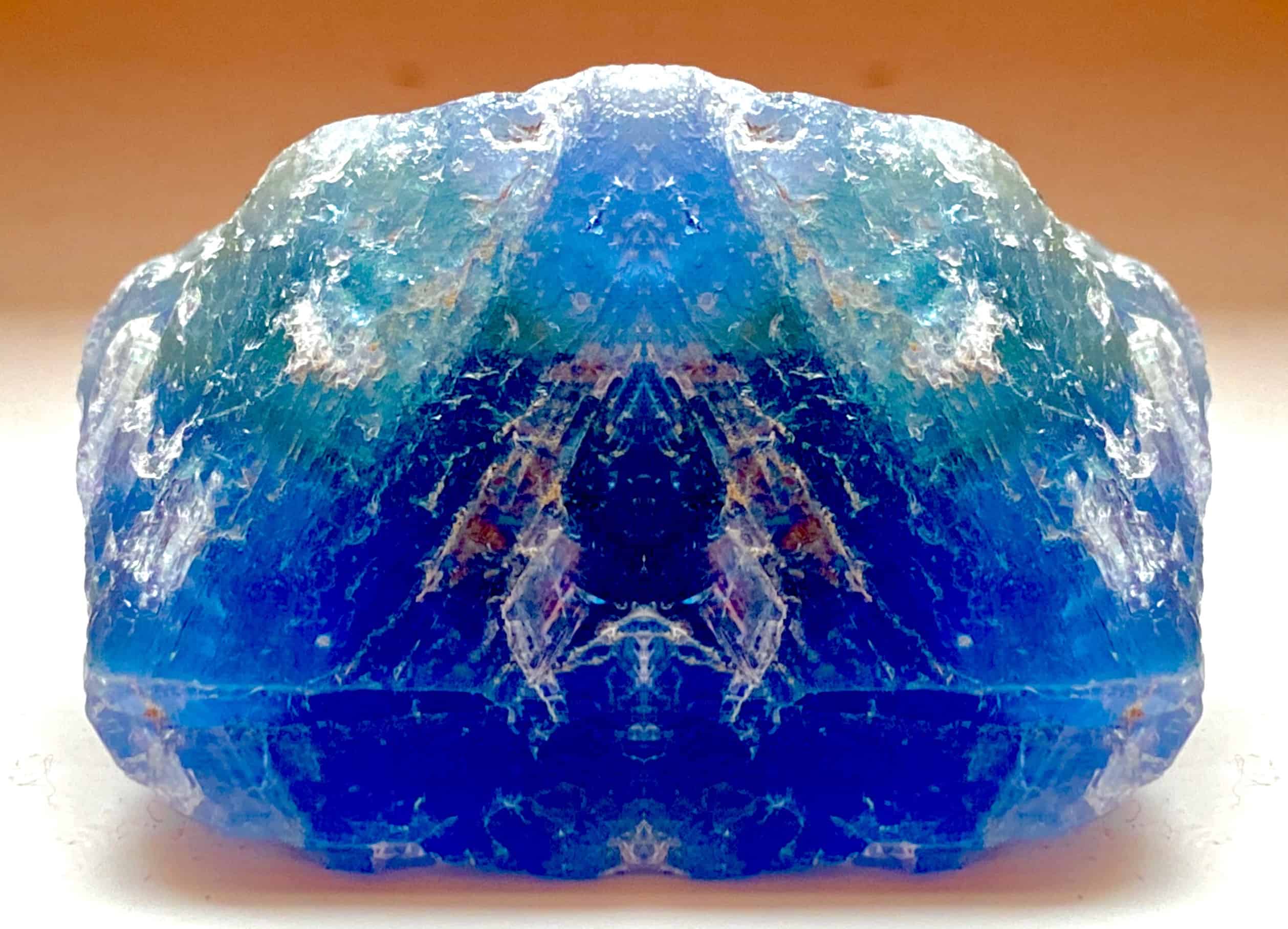 The Antarians are highly technologized beings responsible for specialized structure-construction. They have optimized the build of insect limbs, special bone construction in mammals and have studied geological conditions during continental shifts or similar on Terra, in order to optimize holistic planetary cycles in this way… 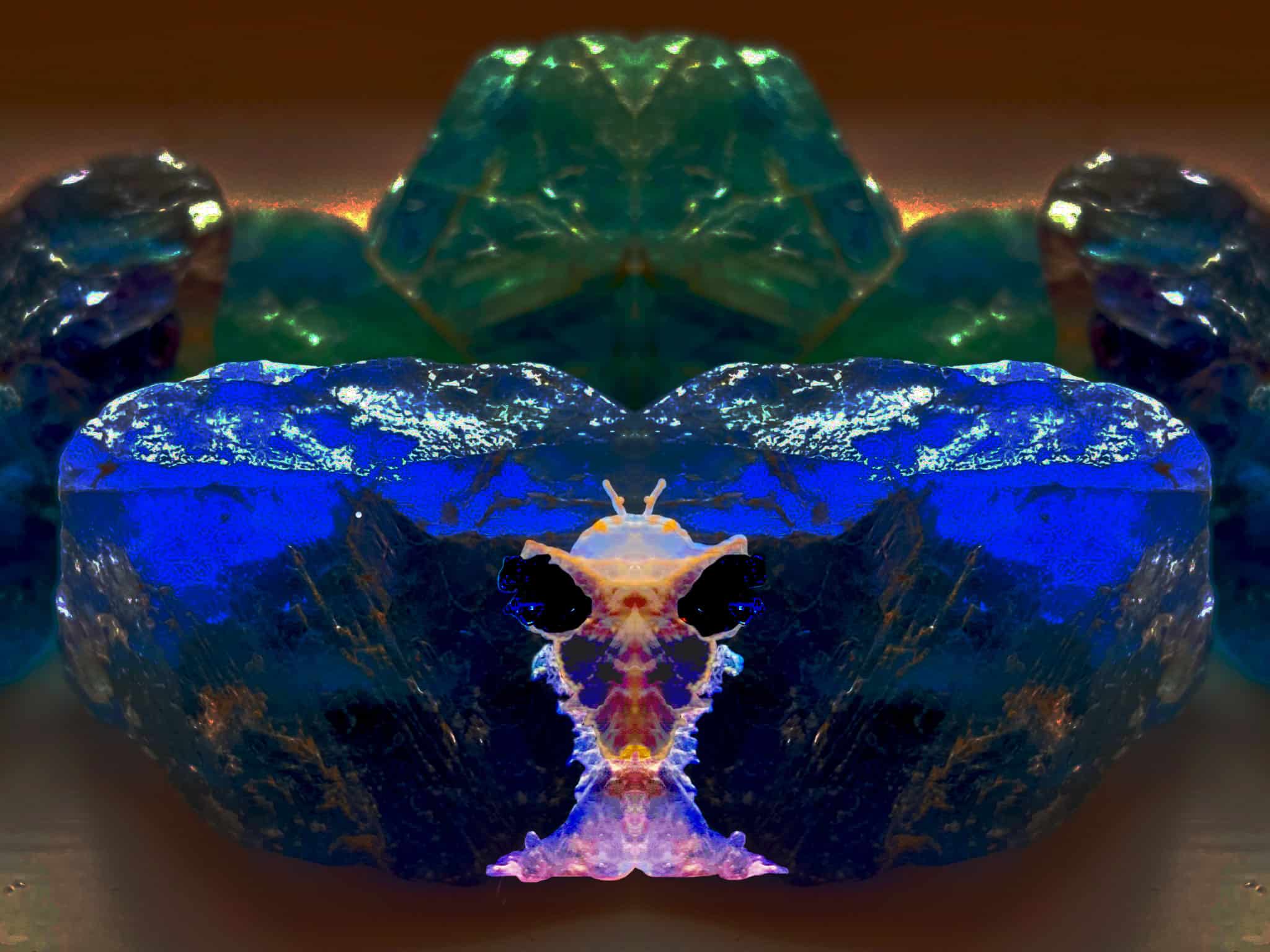 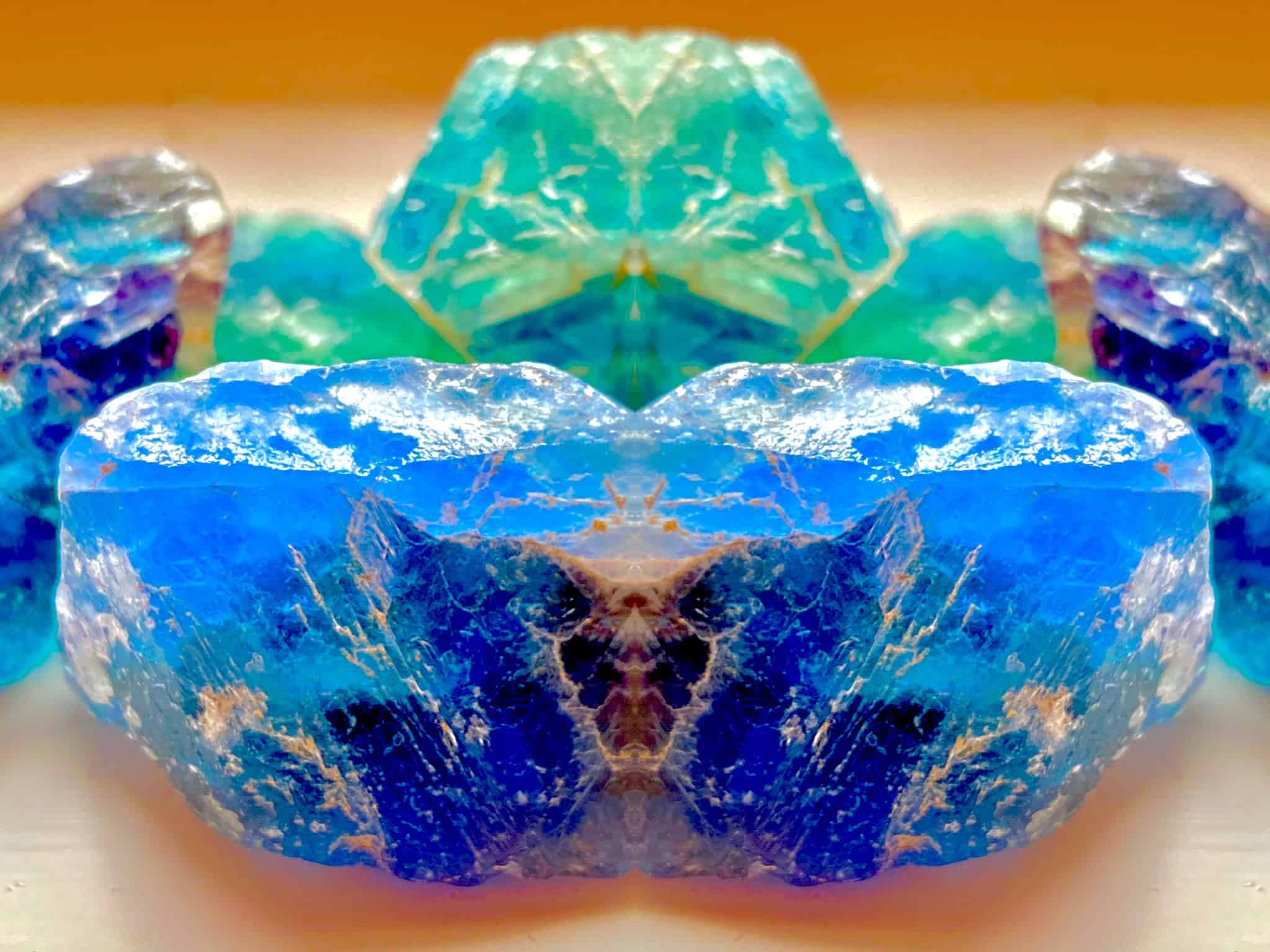 The H’ar-Ra’h Napi- (Inside-Outside Life-) totem is a relic received by advanced humanoid species who come to terms with the multi-dimensional nature of their entity. Some of them actually do exist multiple-consciously on different space-time planes. The totem symbolizes the respective parallel existences of likewise humanoid descent.

The totem shown here is in the possession of a Centaurian, who is depicted at the top wearing a kind of armor. The totem is approximately the height of a human forearm. It is crafted from crystalline stone by special artisans according to the Centaurian’s specifications – following his journeys of consciousness and insight into his own nature. It is considered a ‘Spiritual Artifact’ and finally becomes itself a ceremonial artifact of the Rite of Fusion and Transition! 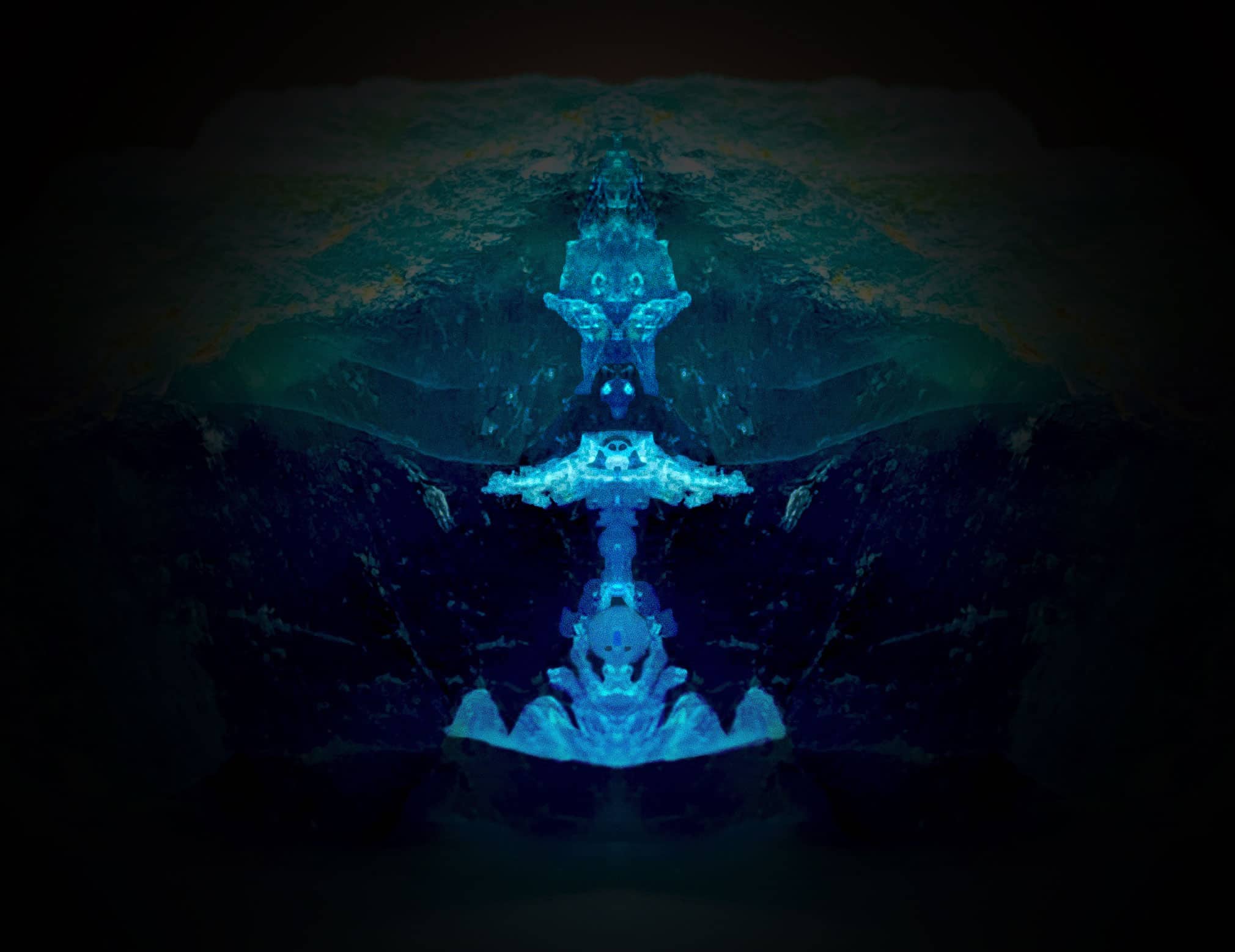 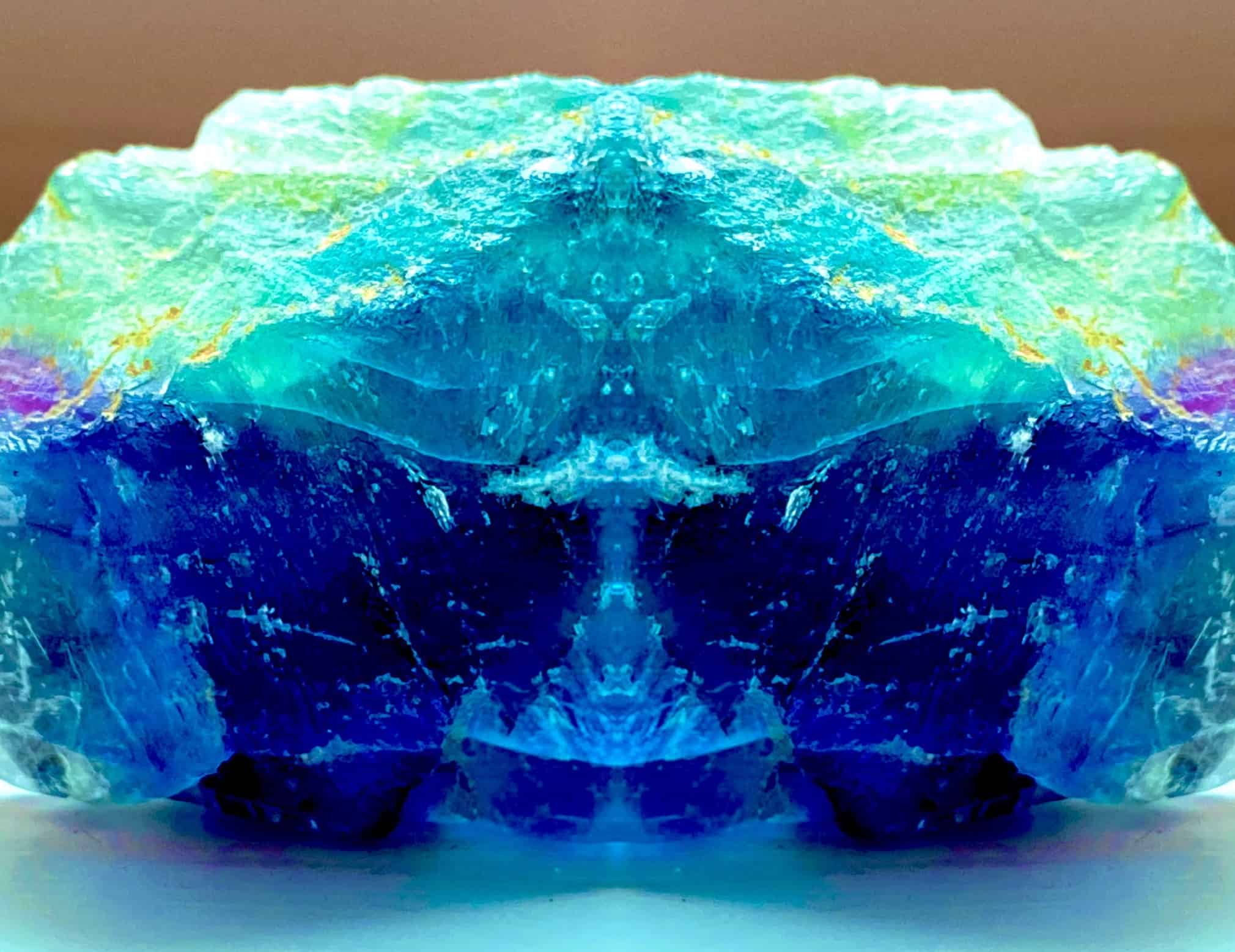 Bust of a famous Enki pilot

Four eyeballs and sockets, six olfactory and respiratory channels, highly sensitive hearing, and cognitive levels unknown to humans make the Enki excellent and strategically effective pilots capable of operating highly complex starships and flying missions. Four arms and six fingers enable the handling of highly specialized control units, in addition to the multi-tasking perceptual capabilities for the highly complex display systems in the ships, which the Enki can operate alone! The Enki pictured here is possibly the pilot of the starship itself or one of the scouts from the run-up to the landing of the Scientific Starcruiser ‘Atlantis’ on Earth.

Besides piloting starships, the Enki have a second specification in processing large amounts of data – in gene splicing and engineering. 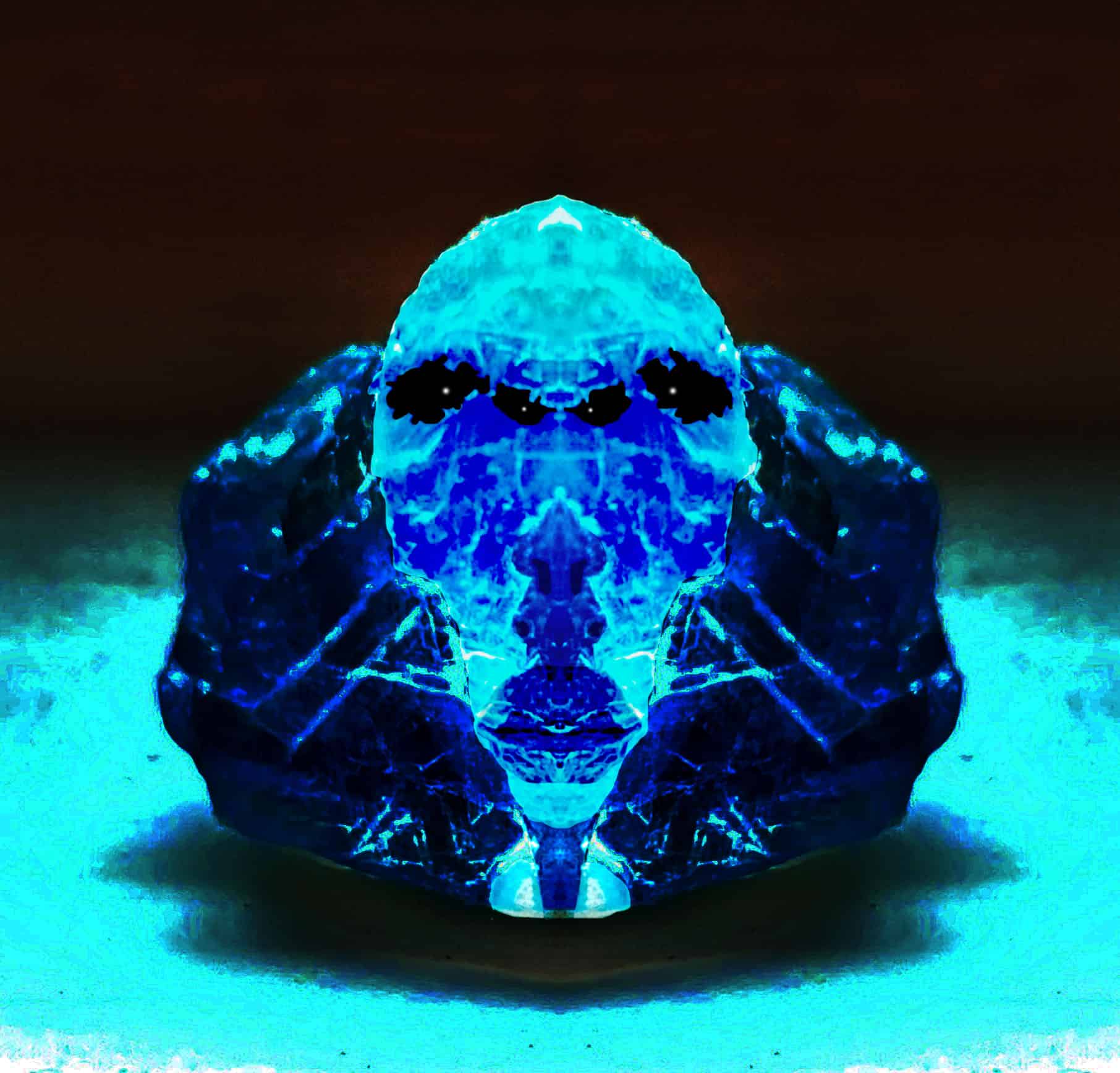 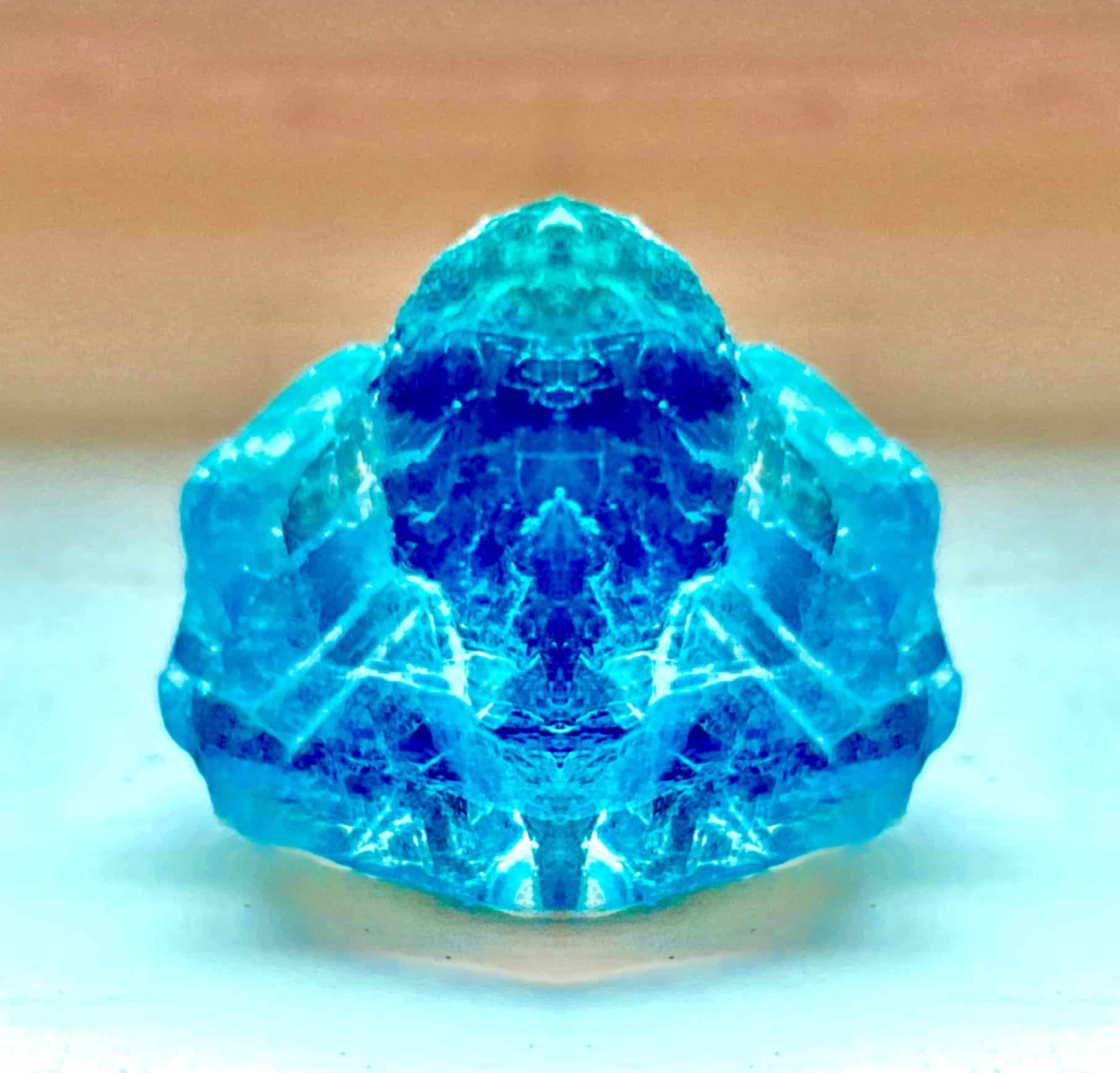 An Orion Psyche- and Consciousness-Architect 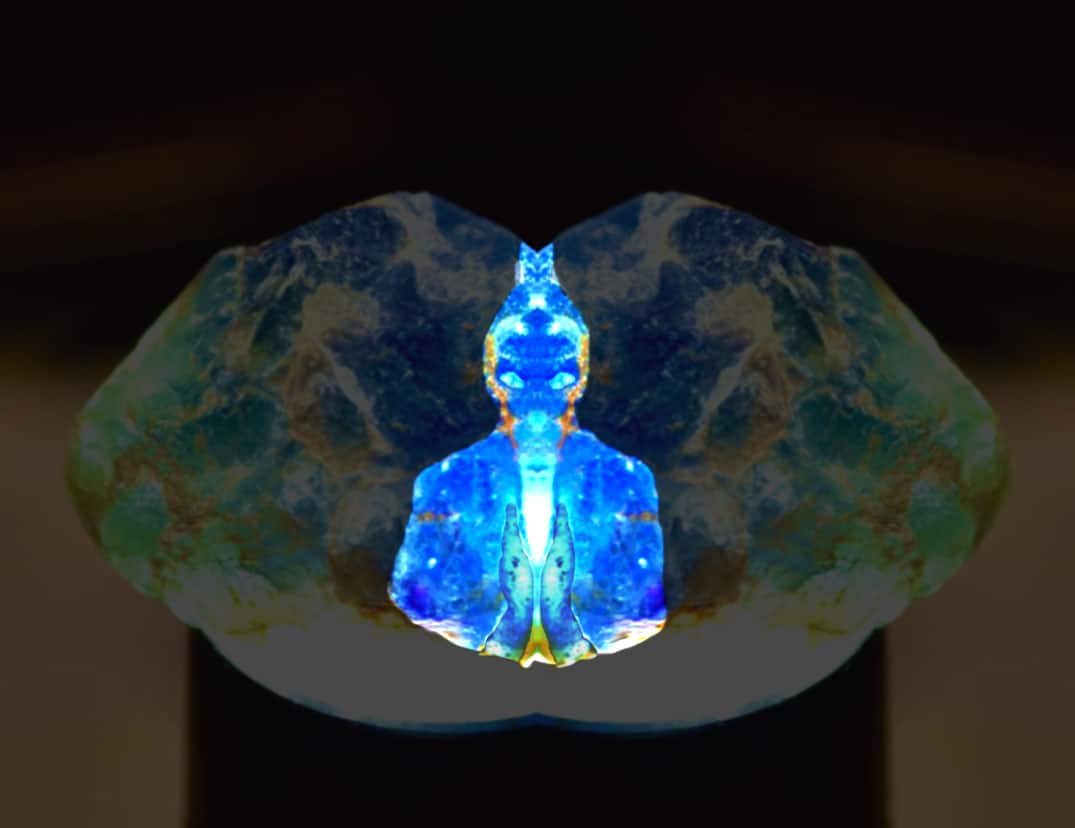 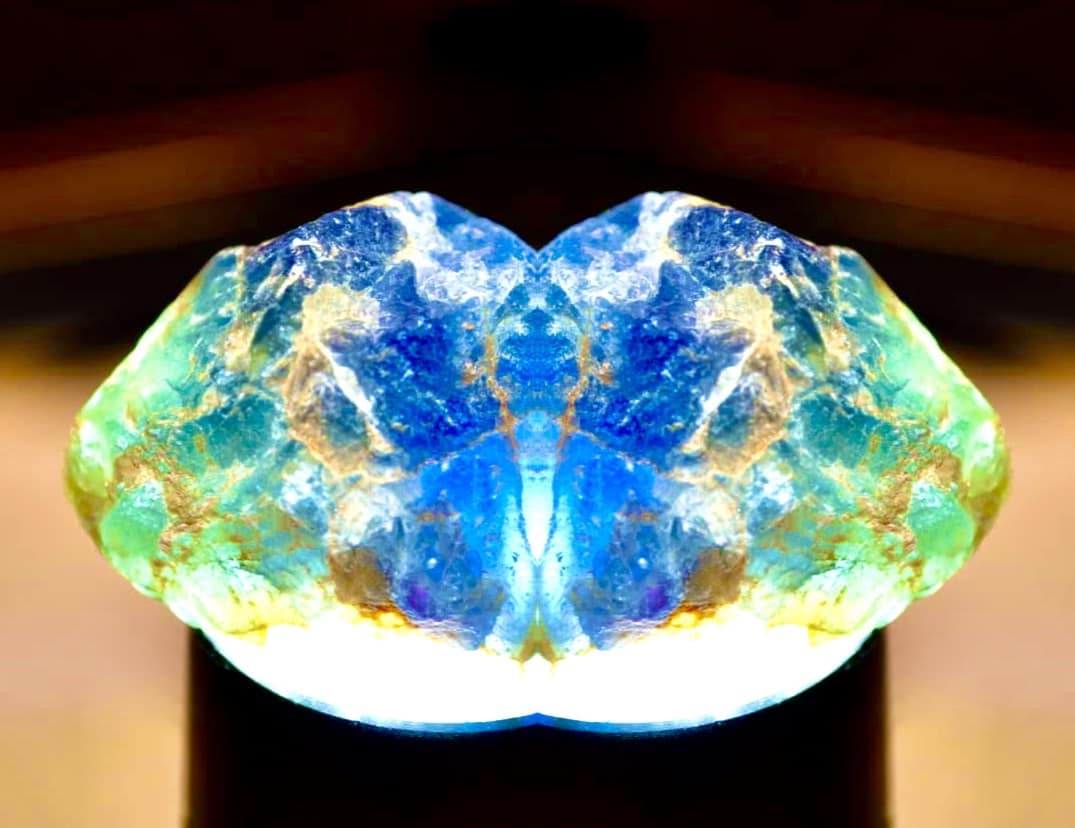 The protocol leader of Arcturus

Under the control of the Archons or Archons, the Arcturians manage planetary and entity engineering. They played a crucial role during the last chaotic years of the Atlantean ‘continent’ when they made accusations towards other entities involved to enrich themselves and provide future benefits!

Among others Enki were in the center of the accusations to pursue exploitative plans with the genetic changes coming for the terrestrial ‘high-humanoids’ becoming the ‘Homo Erectus’ in the future. The actual realization of these plans took place some thousand years later and found its echo even in the human historiography…!

We see the Arcturian in a special gravitational and air mixture field, enabling him to move freely over the uncountable ship-decks, which had enormous outer areas. In the center in front of him we see his logging between his limbs.

The active visions of the Reptilian-Mantid tripartite panel.

The Draco System-originating races ‘Dracos’ (left and right) and the ‘Mantids’ (center) in a kind of panel to survey the effects of the changes on Terra in interactive multi-visual visions. The Mantids are able to access and map future realities. The mantid can display scenes of future realities as a three-dimensional hologram that forms behind the mantid (see the structure above the mantid) or that it projects onto screens where they can be viewed not unlike a movie performance. We see here how a mantid with two Draco reptilians performs such shows.

The Power of the Archons – the Creators of Heaven and Earth

The Archons or Archons are feared entities because of their unchallenged power over the physical world. They are the admirals of the alliance of the most powerful space guild and the owners of the starship. They provide amazing access to any resource that is created like magic from nothing or transformed from something already existing.

They are ‘crypto-humanoids’ and combine several species, measuring between 3.50 – 4 meters (12 – 13.5 feet). They come from the primordial grounds of this universe and entered it with the moment of its creation. They are a right hand of God and give and take life in many quadrants of the known universe.

Another way of creation of matter is a kind of intoned vocalization. This is droning and piercing and in its wake desired elements of various natures arrange themselves according to the Archons will at a target coordinate. The lowest tones on the Archonic scale can disturb and influence streams of consciousness of the most diverse qualities.

They read the visible and the invisible universe like clockmakers of a megalomaniac world space clockwork.

The Archons determine the participation, the degree and the order areas of respective involved species…!

The Archond shown here sits in front of a holographic control unit, with which he calculates the course of wormholes and intergalactic space routes for the navigation of the Enki pilots!

Unedited in this photo is also shown another reptile species with a typical snake-like head. Can the reader recognize the head without our processing!?

Many aristocratic families and associations are on board as observers and advisors of the terraforming. Here we see a young Lyrian woman with a striking dress and glasses. She must wear them to be able to perceive light and colors on the same wavelength as terrestrials. Can the reader recognize her, her striking hairstyle and glasses?

Here ends our medial journey to Atlantis through the crystal portal of the lapis lazuli stones and we hope WE INSPIRED YOU A LITTLE!